Hackers compromise servers by exploiting a security flaw in Zimbra 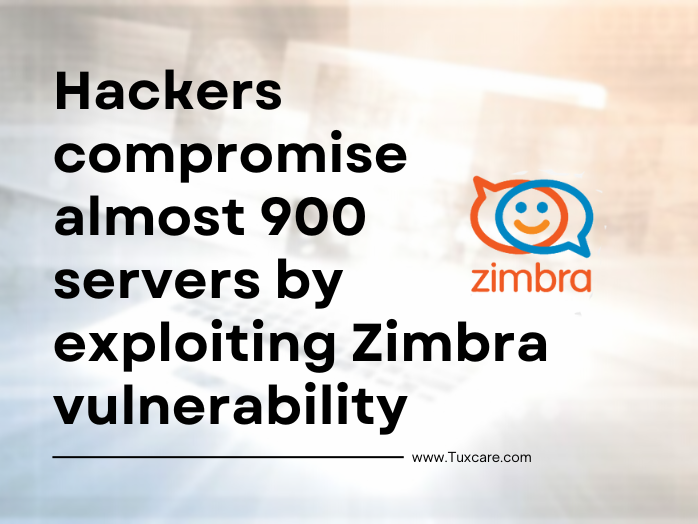 Hackers are exploiting a vulnerability tracked as CVE-2022-41352 in the Zimbra Collaboration Suite (ZCS). Already, threat actors were able to hack into almost 900 servers.

Kaspersky researchers explained that an unknown APT that exploited the critical vulnerability had probably compiled a working exploit based on the publicly available information published on the Simbra forums.

The Zimbra vulnerability is a remote code execution flaw that allows an attacker to send an email with a malicious archive attachment that places a web shell in the Zimbra Collaboration Suite server while also bypassing antivirus in the process.

The Kaspersky researchers identified at least 876 servers that had been compromised by attackers exploiting the vulnerability before it was publicized. After it was reported, various threat groups also attempted to exploit the flaw.

Since it was reported, the rate of exploitation has increased. Although Zimbra has fixed a security issue with ZCS version 9.0.0 P27, attackers continue to launch opportunistic attacks to exploit the vulnerability.

According to Kaspersky, the first attacks that exploited vulnerable Zimbra servers began in September in India and Turkey. Researchers believe that the first wave of attacks was likely a test wave against low-interest targets to test its effectiveness.

The attackers compromised 44 servers during the first wave, and for the second wave, after the bug became public, the threat actors switched gears and began mass attacks, resulting in 832 servers being compromised with malicious webshells.

ZCS administrators who are yet to apply the available Zimbra security updates or workarounds are advised to do so immediately since threat actors are already actively exploiting the flaws.