Wordfence, a WordPress security company, has uncovered attempts by hackers to exploit the new Text4Shell vulnerability. Tracked as CVE-2022-42889 the flaw was discovered in Apache Commons Text.

The vulnerability was discovered in March 2022 by GitHub Security Labs researcher Alvaro Munoz.

The vulnerability allows Remote Code Execution (RCE) in Apache Commons Text. The “Common Text” library is commonly used in a variety of applications and this could be the reason for the media frenzy.

The bug affects the Apache Commons Text Java library, which provides other methods for working with strings that go beyond the core of Java.

The vulnerability has a severity of 9.8 out of a possible 10.0 and affects versions 1.5 to 1.9 of the library. Once the vulnerability is successfully exploited, an attacker can establish a reverse shell connection with the vulnerable application by simply using a specially crafted payload, which ultimately opens the door to subsequent attacks.

According to security experts, Text4Shell is similar to the popular Log4Shell vulnerability. Just like Log4Shell, Text4Shell is rooted in the way string substitutions are performed during DNS, script, and URL searches, which could lead to the execution of arbitrary code on vulnerable systems if untrusted input is passed.

However, Wordfence explained that the chances of successful exploitation are considerably limited compared to Log4j, as most of the payloads observed so far are designed to look for vulnerable installations.

“Fortunately, not all users of this library would be affected by this vulnerability – unlike Log4j in the Log4Shell vulnerability, which, which was vulnerable even in its most basic use-cases. Apache Commons Text must be used in a certain way to expose the attack surface and make the vulnerability exploitable,” said Checkmarx researcher Yaniv Nizry.

The bug highlights another drawback and security risk posed by third-party open-source dependencies. Therefore, it is important for organizations to perform routine checks to evaluate their attack surface and establish appropriate patch management strategies. 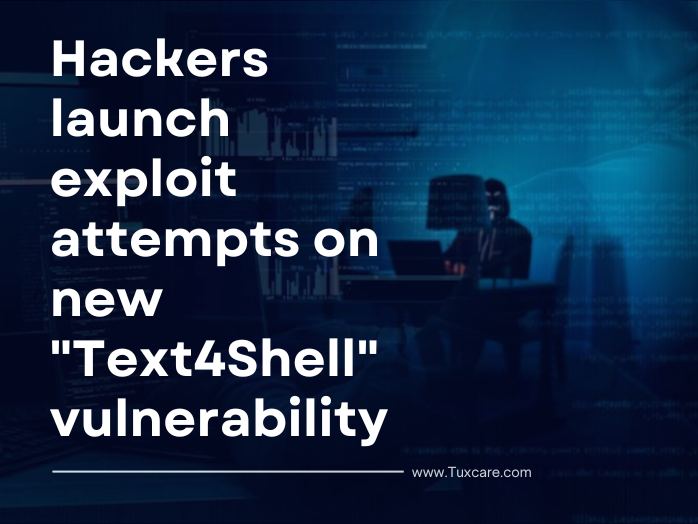