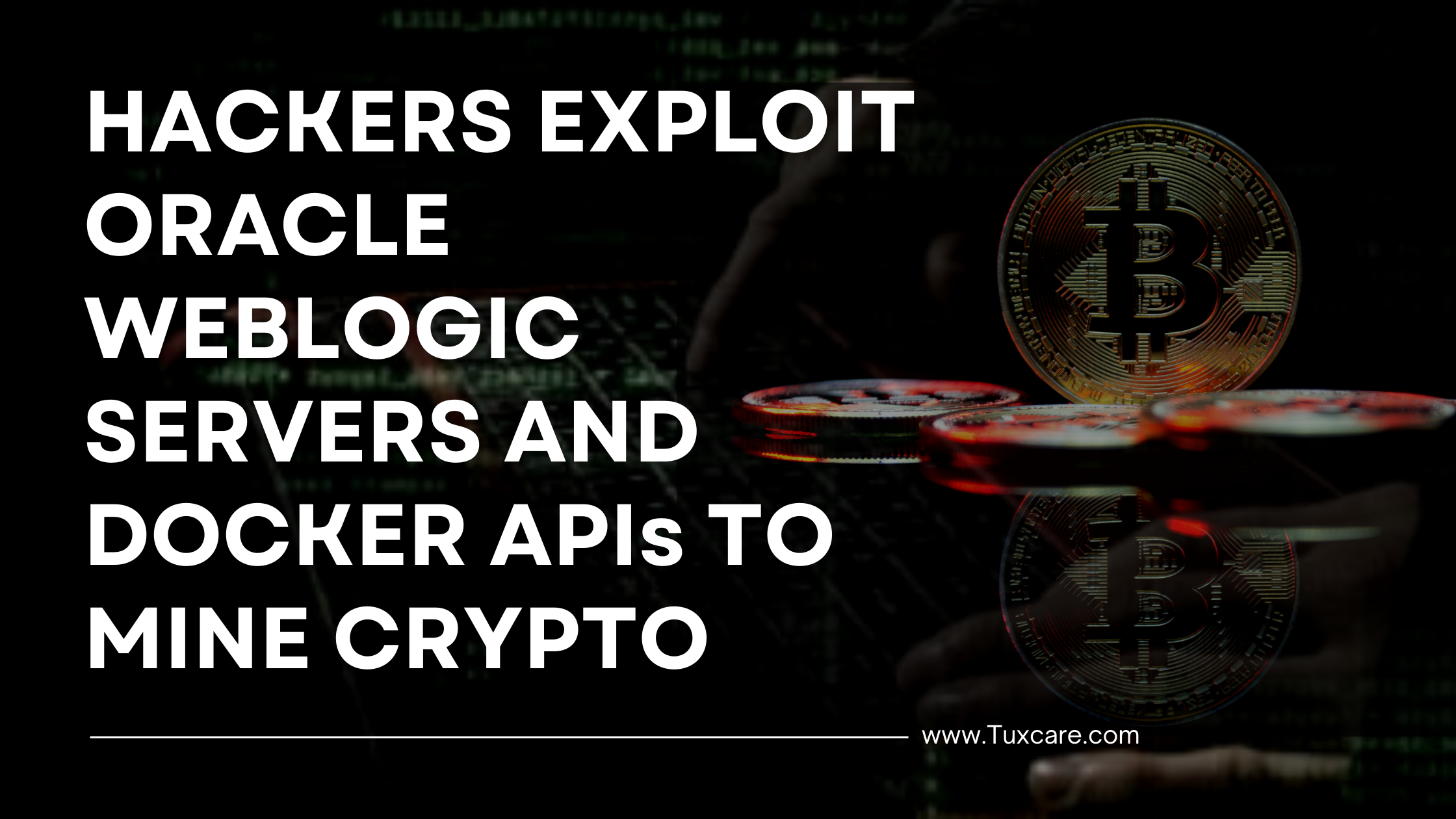 One of the malware that exploits the vulnerabilities is Kinsing malware. The operators behind Kinsing malware are notorious for looking for vulnerable servers to co-opt them into a botnet.

For the latest trend, the attackers use CVE-2020-14882, a two-year-old RCE remote code execution bug that targets unpatched servers to gain control of the server and drop malicious payloads. The flaw has a severity score of 9.8.

To successfully exploit the vulnerability, the attackers use a shell script that performs various sections, including removing the /car/log/syslog system logs, disabling security features and cloud service agents from Alibaba and Tencent, and killing competing mining processes.

After it has been successfully deployed, the shell script downloads the Kinsing malware from a remote server and takes action to ensure persistence.

One of TeamTNT’s attack chains aims to crack the SECP256K1 encryption, and if successful, it could allow attackers to calculate the keys to each cryptocurrency wallet. The campaign aims to use the high but illegal computing power of its targets to run the ECDLP solver and obtain the key.

Two other attacks carried out by TeamTNT relate to the exploitation of exposed Redis servers and misconfigured Docker APIs to use coin miners and Tsunami binaries.

According to the researchers, the accounts (alpineos and sandeep078) are reportedly used to spread a variety of malicious payloads such as rootkits, Kubernetes exploit kits, credentials stealers, XMRig Monero miners, and even the Kinsing malware.

As a security measure, companies are recommended to configure the exposed REST API with TLS to mitigate hostile AiTM attacks, as well as to use credentials stores and helpers to host user data.