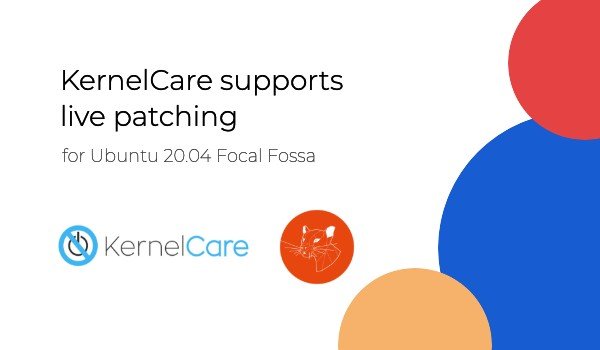 We are glad to announce that KernelCare now supports automated live patching for Ubuntu 20.04 “Focal Fossa”.

KernelCare is a live patching system that patches Linux kernel vulnerabilities automatically, with no reboots. It’s used on over 300,000 servers, and has been used to patch servers running for 6+ years. It works with all major Linux distributions, such as RHEL, CentOS, Amazon Linux, and Ubuntu. It also interoperates with common vulnerability scanners such as Nessus, Tenable, Rapid7, and Qualys.

Ubuntu 20.04 “Focal Fossa” includes plenty of new features that should delight any Linux and Ubuntu fans. This newest iteration is an LTS (Long Term Support) release, which means it will be supported until 2025. Focal Fossa is built upon the Linux 5.4 kernel.