Patch Raspberry Pi systems without a reboot for free with KernelCare 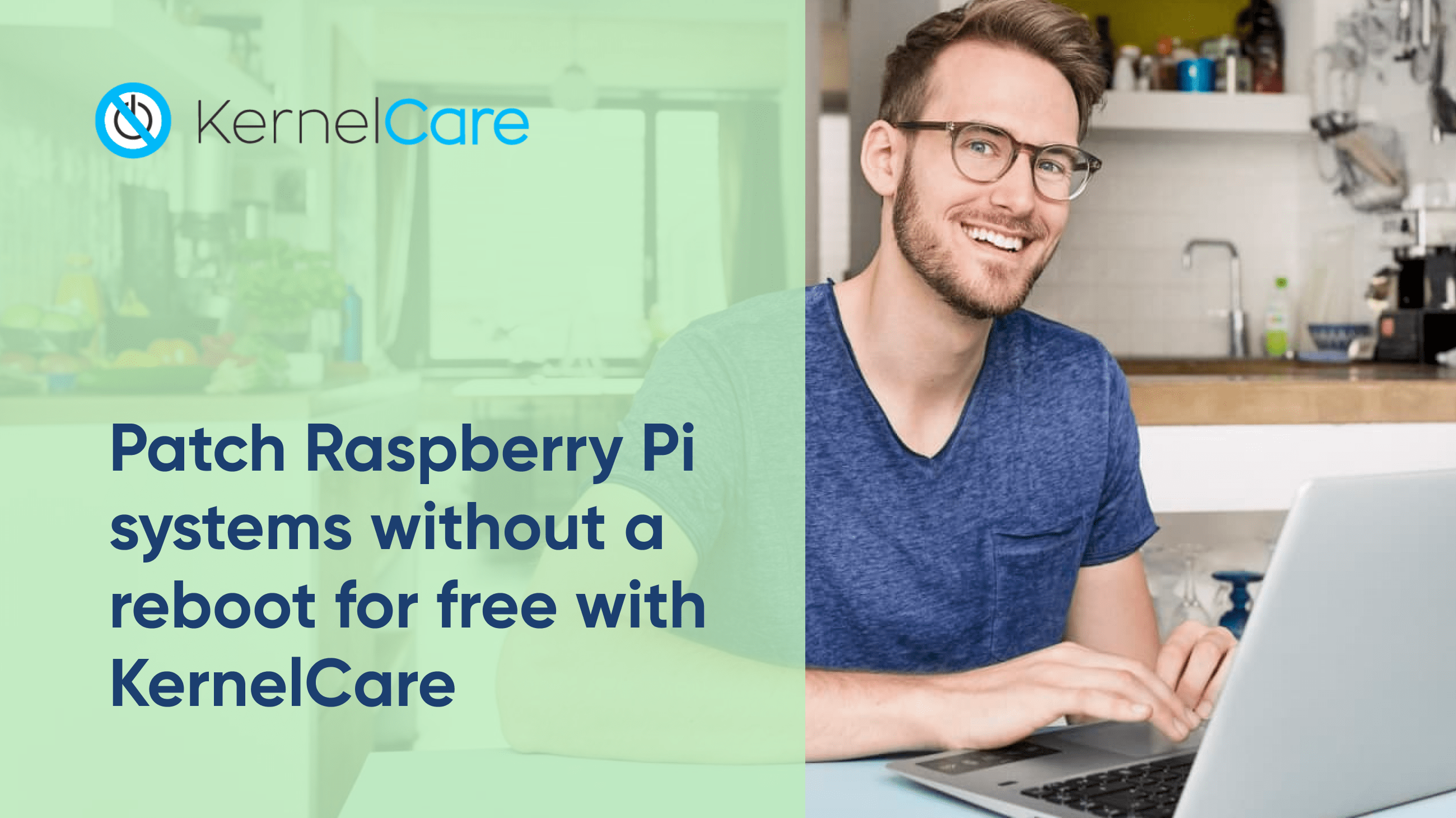 Your Raspberry Pi might be a hobby or a critical part of your home network, but regardless of its purpose it can be a target for hackers. You may be familiar with common security for Raspberry Pi such as requiring a password to use sudo, changing the default sudo password, changing your default username, and the use of key-based authentication for SSH. These strategies improve your security, but the most critical part of Raspberry Pi protection is keeping it up to date with the latest security patches. KernelCare will help you live patch your Raspberry Pi device automatically for free.

Your Raspberry Pi uses a Debian-based distro, so you can manually patch it with the latest update. To patch your device, type the following command in the terminal to update the system package:

You then update all installed packages using the following command:

While the above update commands are simple to do manually, it requires constant review of the latest operating system security deployments as well as ones deployed for installed software packages. It’s common for home users to forget about security of their IoT and other devices, which leaves them vulnerable to the latest security threats.

Most people are aware of the threats that can affect their home machines. At first glance, you might think that a Raspberry Pi is impervious to threats and would be useless to an attacker, but IoT has been the basis for several large widespread attacks on organizations. The concept of “shadow IoT” emerged in 2020, which surged after pandemic lockdowns. An organization experiences a shadow IoT event when employee home devices are used to connect to a corporate network and unknowingly contain malware.

IoT is the new target for attackers as these devices often have poor security. From hijacking millions of cars causing potential life-threatening automotive crashes to launching a distributed denial-of-service (DDoS) from malware-injection in webcams, IoT can create widespread outages and should be a concern for anyone with these devices, including Raspberry Pi owners.

Because IoT including Raspberry Pi devices are targets, it’s important for your internal network and the Internet at large to keep them updated with the latest security patches. Instead of relying on manual patching and remembering to always check for any deployed updates for both the operating system and installed packages, KernelCare live patching can do it for you.

KernelCare understands that hobbyists need protection too, so we offer this benefit to Raspberry Pi enthusiasts free of cost. The currently supported chips are the BCM2711 (Pi 4) and BCM2837 (Pi 3 and later models of the Pi 2), and we offer support for Ubuntu Focal Fossa for 64-bit ARM platform, and soon support for Debian and Raspbian.

The entire live patching process is automatic, so it requires users only to configure it on their devices and allow KernelCare to update the operating system. The technical details are illustrated below

Since the Raspberry Pi is just another Linux platform, it’s fully supported by the standard KernelCare procedures. The general steps KernelCare uses to safely update Linux without requiring a reboot are:

The way KernelCare live patches the Raspberry Pi (and any Linux-based system) ensures that the kernel only runs the updated code even though the device (or server) never reboots compared to updating the operating system from vendor code deployments.

If you own a Raspberry Pi and have it connected to your network, even hobbyist projects can be a target for attackers. It’s critical that you keep the device updated with the latest security patches, and KernelCare can help for free.

To get started with free live patching for Raspberry Pi systems, click on the button below.

To use life patching for commercial IoT projects, visit KernelCare for IoT page.