RomCom, a threat actor, is said to be conducting a series of new attack campaigns using the brand power of SolarWinds, KeePass and PDF Technologies. It uses a RomCom RAT (remote access trojan) to update its attack vector and now distributes it through well-known software brands.

Before graduating to Ukrainian military systems and English-speaking countries such as the UK, the threat actor was known for counterfeiting popular apps such as Advanced IP Scanners and PDF Filler.

Advanced IP Scanner was faked by attaching the letter “V” to the name of the file. If the fake software is unpacked, it is accompanied by 27 files containing four malicious droppers. Moreover, it sent an email to the Ukrainian military with an embedded link that led to a fake website that dropped the next stage downloader. The enticement is a forgery known as “Order 309.pdf.”

RomCom is known for removing genuine HTML code from vendors to counterfeit it. It then registers a malicious domain similar to the legitimate one but infected with trojan, uploads a fraudulent bundle to the fake website, then sends phishing emails to victims or uses additional infection vectors to attack?

It also launches attacks using a trojanized version of the SolarWinds Network Performance Monitoring (NPM) application by submitting a legitimate registration form and downloading a free trial version from the fake SolarWinds website at the same time. After filling in the form, a genuine SolarWinds sales representative can contact the victim to track the product trial, leading the victim to believe that the recently installed application is genuine. Instead, the victim downloads the malicious RomCom Remote Access Trojan’s dropper (RAT).

The attackers inserted a malicious DLL into the infected app, which downloads and executes an instance of the RomCom RAT from the location “C:UsersuserAppDataLocalTempwinver.dll”

The threat actors are also said to have used the KeePass RomCom campaign to distribute an archive called “KeePass-2.52.zip” containing the RomCom RAT dropper (“hlpr.dat”) and the setup.exe that was used to execute the dropper. 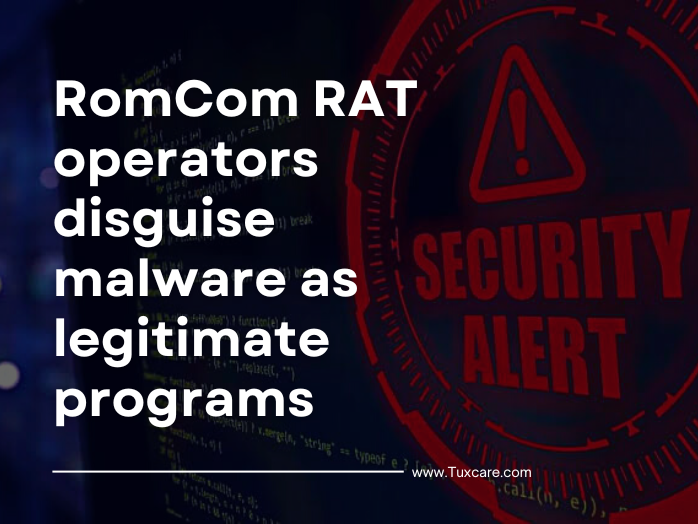