Find Unpatched Libraries In Memory With UChecker by KernelCare - TuxCare

Find Unpatched Libraries In Memory With UChecker by KernelCare

To help administrators manage hundreds of servers with open-source libraries, KernelCare released UChecker – a scanner that checks network Linux servers and detects out-of-date libraries both on disk and in memory. KernelCare’s open-source scanner will find false negatives by correctly reporting vulnerable libraries running in memory that could be reported as updated by other scanners.

The UChecker (originated from “userspace checker”) works with all modern Linux Distributions, it is free and open-source, distributed under the GNU General Public License.

You can scan your systems by running a single command:

After running this command, administrators receive a list of unpatched libraries with the following information: 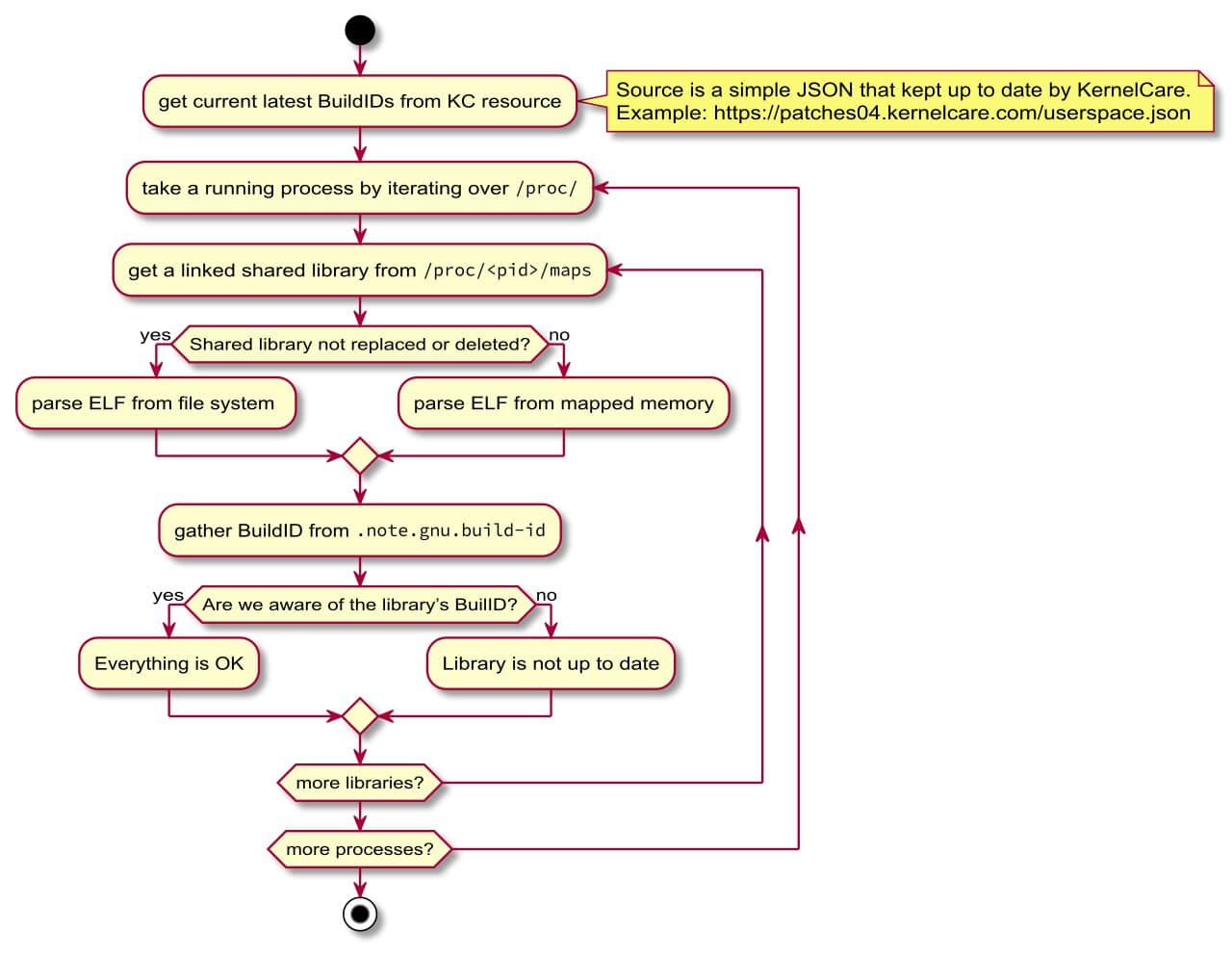 Visit the UChecker Github page to learn more and watch the demonstration of how Uchecker works:

Shared libraries and dependencies assist with rapid development and convenience, but for every open-source shared library added to a server, a new risk is introduced. Relying on third-party libraries has its advantages, but the library developer must also keep their code patched to prevent exploits. Installing patches is the responsibility of the server administrator, and some administrators simply install patches and reboot all servers to ensure that they have the latest patches without the need to patch them individually based on out-of-date library scans.

Rebooting critical servers indiscriminately brings with it some revenue-impacting risks:

Shared libraries are a widely targeted attack surface. Research suggests that OpenSSL is the most targeted software in the world, accounting for 19% of hostile activity globally. Organizations in all industries must ensure that they are promptly mitigating vulnerabilities to prevent exploitation. For OpenSSL and GNU C (glibc) vulnerabilities, this includes timely updates and patch management.