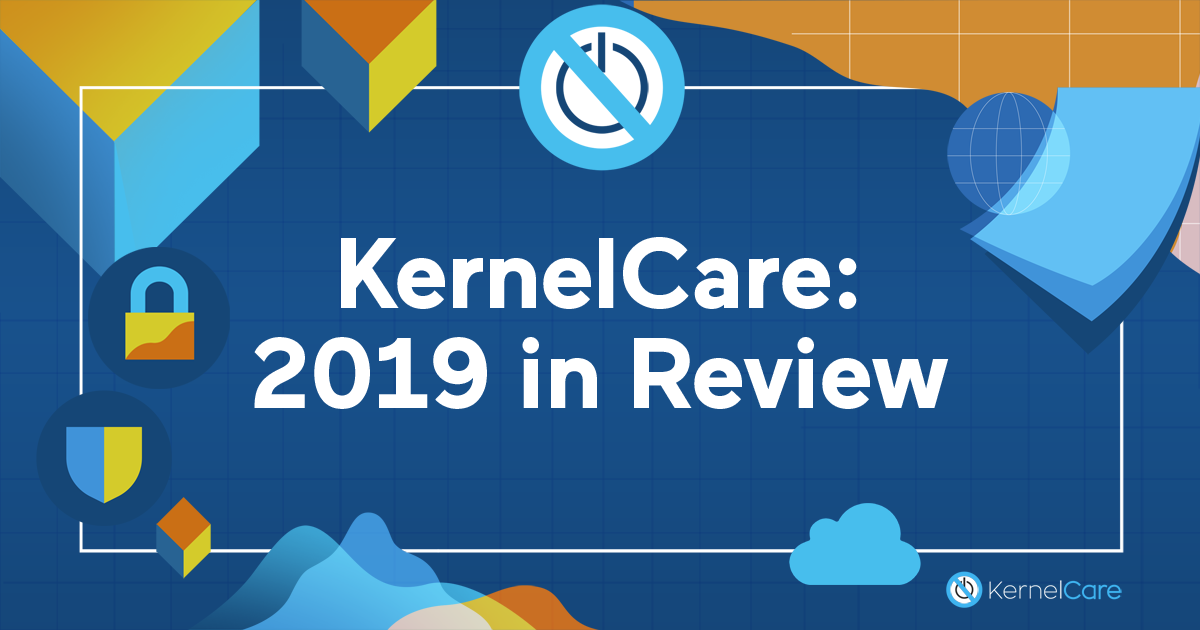 The first half of 2019 has been a very exciting time at KernelCare. We’ve picked up some major enterprise customers, including Dell and Endurance. Along the way, there have been a multitude of other milestones.

In February, we fixed a major 9.8 vulnerability (CVE-2019-8912) that affected multiple Linux kernels. (Approximately our 650th vulnerability automatically patched over the past two years.) The timing felt fitting: the following month, we became an Advanced AWS Technology partner, and the first (and exclusive) live patching service for Amazon Linux 2.

In April, KernelCare was validated for VMware Cloud on AWS. In May, we fixed the much-publicised Zombieload, RIDL and Fallout set of MDS vulnerabilities without requiring our users to reboot their servers.

Over this six-month period, we have expanded to Japan, securing a new reseller partner (GDEP Solutions) and a reseller in LATAM. Cloud Linux have hired 35 new developers, including seven KernelCare-dedicated employees (kernel, ARM developers, a product manager and product marketing manager).

These new hires bring our overall expertise up to an impressive level: in programming, we have extensive experience in C, Python, Perl, and Fortran. We are proficient in numpy/scipy/f2py, Django, OpenStack projects, x86 Assembler, ARM assembler, CUDA, C++, Java and high performance computations like OpenMP, CUDA, and MPI.

As if all that wasn’t enough, members of  our teams completed the Ironman 70.3 Turkey, the Ironstar 113 Sochi, the Ironstar Sprint Kazan, the Kazan Marathon and the Cyprus Gran Fondo.

On the whole, the first two quarters of 2019 have been a vibrant and accelerating time here at KernelCare. We’re looking forward to the rest of the year, which promises to be equally as exciting.