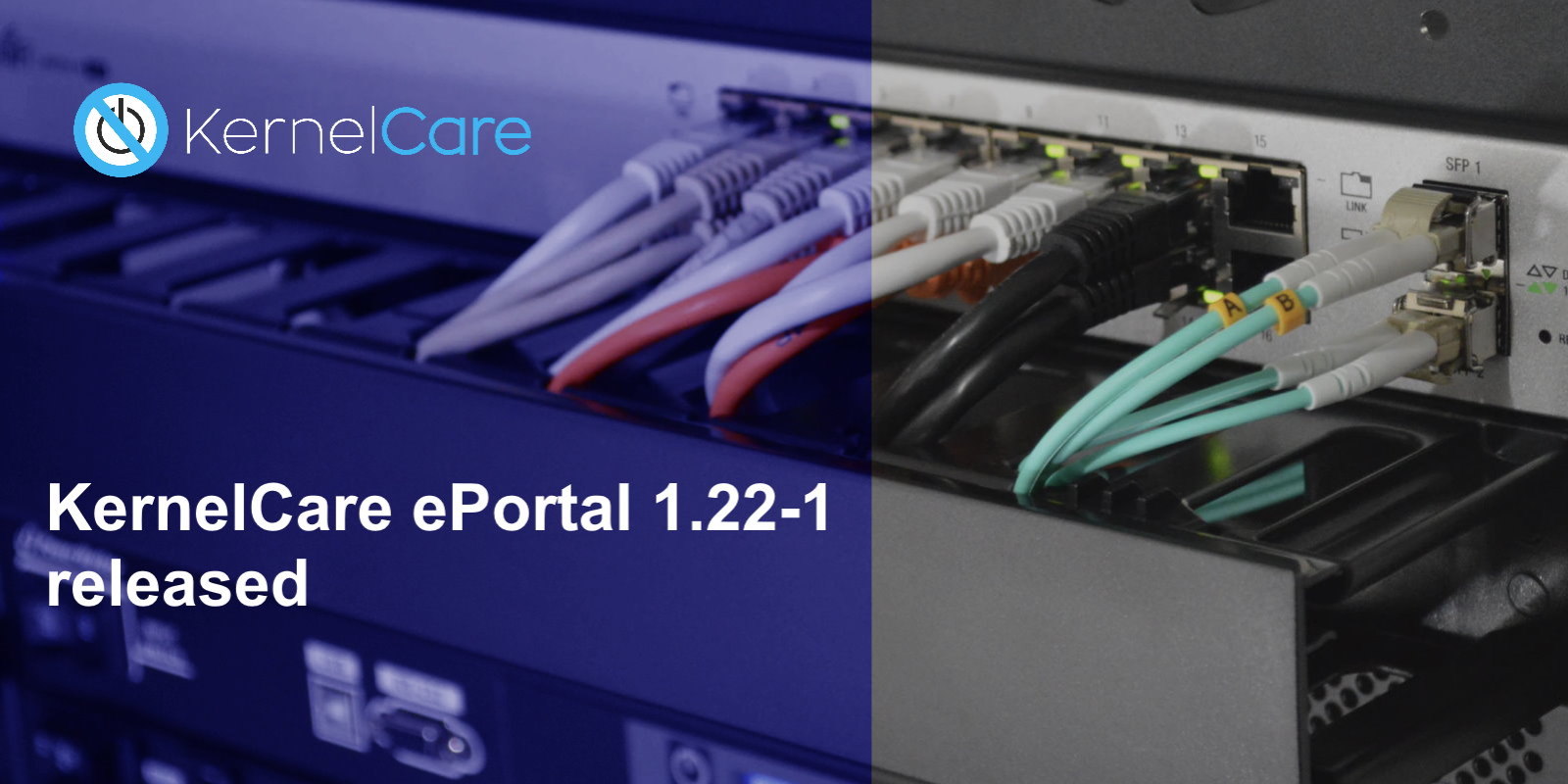 The KernelCare Team is proud to announce the latest update to ePortal, its centralized management interface for KernelCare clients. It’s now at version 1.22-1, and it has some new features, namely the easier deployment of the KernelCare client, and some bug fixes.

The big feature in this release is the simplification of the client KernelCare installation and update through ePortal. What previously was a long series of commands, has been reduced to just two:

You can find all the information in the documentation in your ePortal installation at:

If you prefer using the CLI for managing your servers, you now have a new command to remove servers from ePortal that you can include in your scripts.

As for bug fixes, a bug related to updating the client that would revert the repository changes  is now fixed.

We fixed an issue that could cause the service to become unavailable when there were long unpack operations. It won’t happen anymore.

There were some additional low level fixes that should make ePortal perform correctly in some other very rare situations when sending reports and emails.

The KernelCare Team continues its diligent efforts towards a more streamlined experience and easier management of KernelCare and ePortal, and will keep improving them to meet your expectations. We value your feedback and the improvements it leads us to, so please keep sending us your feature suggestions and bug reports.