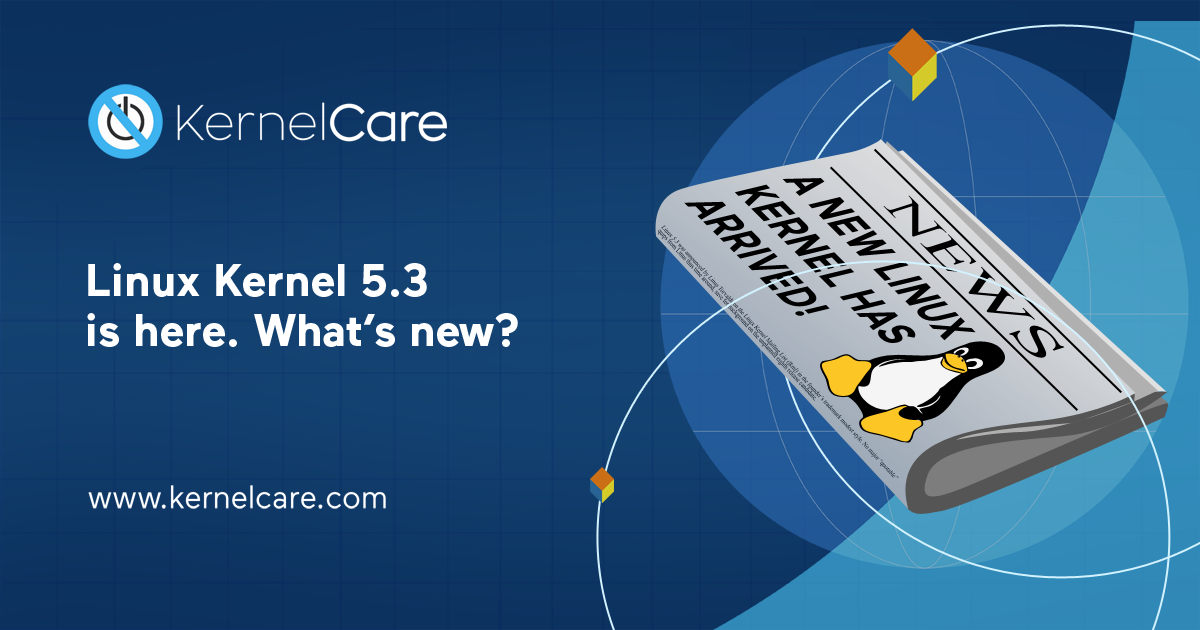 On September 15, Linus Torvalds announced the release of the Linux 5.3 kernel series, after a delay of one week and eight release candidates. As ever, the new release loops in a range of modest but important changes.

See here for a complete breakdown of all the new features.

Currently, 5.3 is a mainline kernel, which means it shouldn’t be used in production environments just yet. According to the announcement, Linux kernel 5.3 will be declared stable only when the first point release is announced. Linux Kernel 5.4 to be released by end of November 2019.

Once kernel 5.3 is live, it will be as important as ever not to delay patching. Linus Torvalds himself shared his thoughts on this in The Need for Rebootless Patching blog post. Make sure you never miss security patches and your kernels are always up-to-date with KernelCare. We apply security patches automatically to a running kernel. Live installation of security patches takes nanoseconds, doesn’t alter the performance of servers, doesn’t require a reboot, and quickly delivers a better, more secure Linux. We eliminate the need for staying up at night to deliver kernel patch updates, or coordinating downtime with your business units and various IT departments and locations.