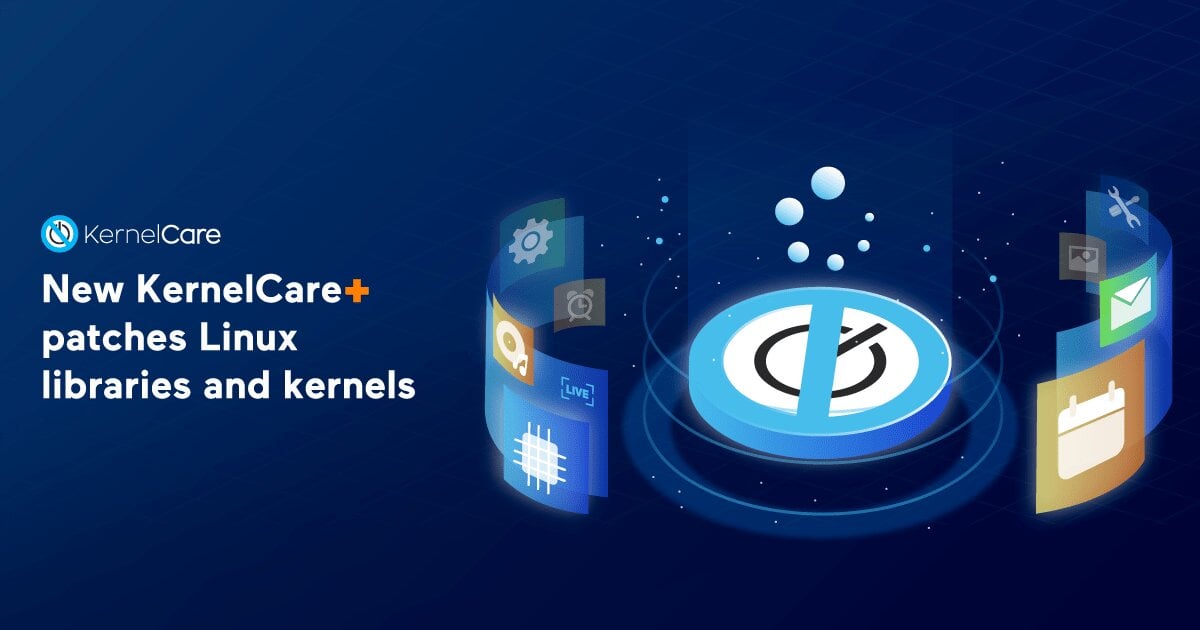 You want more—more protection for business-critical applications running on Linux, applications that depend on glibc and OpenSSL.

As with the kernel, vulnerabilities in glibc or OpenSSL can’t wait to be patched.

That’s why, last November, we announced KernelCare+, an enhanced variant of KernelCare, one that patches vulnerabilities in essential user space libraries in addition to those in the Linux kernel. And as with KernelCare’s Linux kernel live patching, KernelCare+ updates applications without affecting their operational state—no restarts, no reboots.

Glibc and OpenSSL are critical libraries used by almost all popular applications running on Linux.

When a software vulnerability is discovered in either of these libraries, it can affect any number of dependent applications, applications that you’d rather not restart (databases and web servers, for example).

KernelCare’s live patching experience now brings you non-impact vulnerability patching for glibc and OpenSSL, keeping applications safe without interrupting their processing or information states. That’s the added power of KernelCare+, which will be available for beta testing in May 2020.

This important new addition to the CloudLinux product line-up means you can get closer to the dream of always-compliant servers that never need downtime.

We haven’t forgotten an important enabling factor in this dream: the need to automate. That’s why KernelCare+ also brings integrations with major automation tools Ansible, Chef, and Puppet, and vulnerability scanning and reporting tools Nessus, Qualys and Rapid7.

Remember, this is KernelCare+, so in addition to user space patching of critical vulnerabilities in glibc and OpenSSL, you also get Linux kernel vulnerability patching. Unpatched vulnerabilities in any software, user or kernel space, are a major cause of data leaks and hacker infiltration.