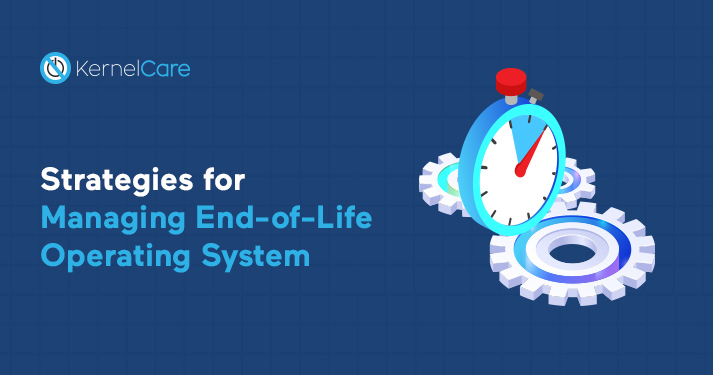 The end of life (EOL) for software means that the software has reached the end of its predefined support period and will be retired. Beyond this date, the software will no longer receive feature enhancements, maintenance, or security updates. You may continue using the software past its end-of-life date, but any future exploits puts your business at risk. If there are security vulnerabilities, your system and data could be stolen and sold on darknet markets. Without security updates, your system will become vulnerable to hacking attacks, but migrating from the EOL OS to the newer version is connected with a huge workload for administrators.

Updating a server to the next generation operating system is a hassle, which is why many administrators delay the process. Just because the current version runs smoothly doesn’t mean the latest version will run without issues. Currently installed software might not work with newer versions and configuration changes could cause outages.

The biggest threat from using an EOL operating system is the unpatched vulnerabilities found after the expiration date. For example, Linux kernel 2.6.32 has long been retired, but there are still dozens of vulnerabilities discovered as recently as 2019. Any Linux servers running the older kernel would be vulnerable to denial-of-service attacks.

Breaching servers can result in a large payday for attackers, and as servers are publicly available at any time, a strategic attacker will scan hundreds servers to identify the operating system version, essentially fingerprinting your architecture. When a vulnerable operating system is found, it can help attackers craft more specific attacks. Most servers can be configured to not return running application versions, but this is not a workaround for leaving unpatched software on your server.

Although data breaches and compromise are the most critically damaging to an organization, leaving out-of-date operating systems has several other risks. Some of these risks are more severe than others, but even low-risk issues can be major staff overhead. Here are just a few:

Delays in patching and upgrades aren’t always intentional. If inventory procedures are loosely defined and often overlooked, administrators could lose visibility of their infrastructure and be unaware that EOL operating systems are installed on servers. Here are a few strategies to handle servers with EOL software.

The CentOS 6 EOL is November 30, 2020, so security patches will no longer be released soon. If you haven’t already prepared for an upgrade, you need an alternative strategy that lets you delay upgrading but still keeps your servers secure. Although CentOS developers offer an extended support period, it’s for technical support only and not security patches, which isn’t useful for critical server security.

CloudLinux has a CentOS 6 extended support service that will give our CentOS 6 customers time to migrate to a newer version while still receiving critical patches and bug fixes. If you’re a current CloudLinux customer, no need to do anything. We’ll automatically subscribe you to extended support on December 1, 2020 giving you three more years to upgrade to CentOS 7 or 8. Eventually, you have to upgrade, but with CloudLinux, you can delay it for another 3 years and still ensure the stability and reliability of your servers.