The first of the two flaws, CVE-2018-5430, is a server component information disclosure flaw that could grant a logged-in user read-only access to any number of files, including critical configurations. The impact includes the possibility of authenticated users having read-only access to web application configuration files containing the server’s credentials. According to a Tibco advisory published at the time, those credentials could then be used to affect external systems accessed by the JasperReports Server.

It can also refer to a server-side information disclosure bug that allows an authenticated user to read arbitrary files. The vulnerability grants any authenticated user read-only access to the web application’s contents, including key configuration files.

While no public reports of malicious exploitation of the two vulnerabilities appear to exist, CISA only adds flaws to its ‘Must Patch’ list if it has reliable evidence of exploitation in the wild. Both vulnerabilities have technical details and proof-of-concept (PoC) exploits that are publicly available. CISA withheld any further information on how the vulnerabilities are being used as weapons in actual attacks, and federal agencies in the United States must patch their systems by January 19, 2023.

The JasperReports is a Java-based reporting and data analytics platform used for creating, distributing, and managing reports and dashboards. 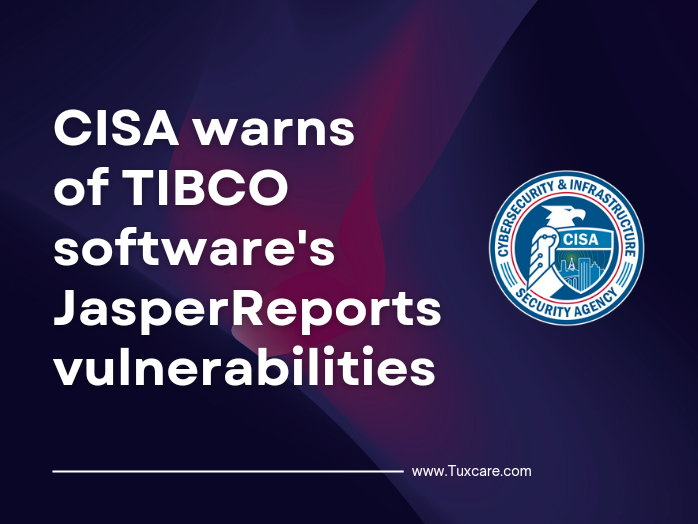